1 March 2014. When Gee and I tied the knot, when we committed to each other, when two became one, blah, blah, blah, enough of this nonsense! 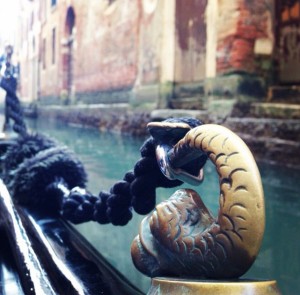 Fast forward to 1 March 2015 and we went where George Clooney broke millions of hearts by marrying the girl of his dreams = Venice.

We are not really the typically romantic kind, but given the proximity to Europe, we couldn’t resist the temptation and decided on Venice as the perfect one year wedding anniversary destination of choice. Venice consists of over 100 little islands connected by over 400 bridges. While I am soaking up the beauty of this place, the first thought that comes to my mind is – if you’re in a wheelchair, you’re stuffed!

Once I got over the accessibility issues, the next thing I noticed was the stench. The place is beautiful, romantic but gawd it STINKS. You probably have guessed where I am going with this. I had extremely high expectations of the city and while it is beautiful, unfortunately it failed to wow us. In saying that, there were a number of highlights:

The romance continued to blossom in the air after our Venice trip with a contemporary Romeo and Juliet performance later in the month, followed by an odd and not-so-romantic walk through the Beards exhibition. As a follicly blessed man, I have tried growing a beard on a number of occasions but have been asked to choose between luscious and luxurious chin locks over my wedlocks, the choice wasn’t that hard. To ensure we were making the most of London’s offerings, in the weeks following we also went to explore the wonders of Portobello Markets in the stylish Notting Hill, before we jetted off to Prague later in March. 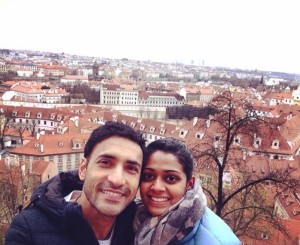 Prague – In my humble opinion is the most underrated city when it comes to architecture. This place was stunning! After Barcelona, I think this is definitely my (very close) second favourite in terms of “looking up at the buildings, while almost walking into a tram kinda place”. We started off with a Free Walking Tour. For all you suffering with the travel bug, this is seriously one of the best and the most cost-effective (free) way of getting acquainted with a city.

One of the major highlights of Prague was our accommodation. I’d like to think that Mrs FOMIist and I are smart travellers. We don’t believe in spending too much money on accommodation, because we are always hopeful that we will spend the least amount of time indoors. Prague however was different. We broke the bank staying at the Hilton Prague Old Town for £25/night incl. breakfast for two = BRAGAIN! In addition to our lavish high-flying Prague lifestyle, some of the other highlights were as follows: 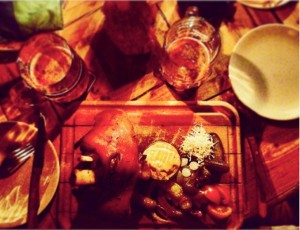 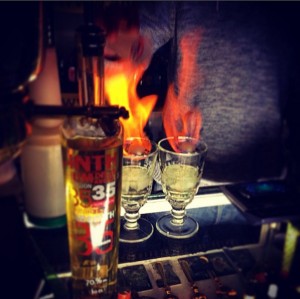 Travelling is not only about seeing new places, trying new foods and meeting new places, it’s a chance for one to explore some off the beaten path experiences like
a visit to the local Police Station. Before you get any ideas, let me explain. While in Prague we met this really nice girl from Queenstown, let’s call her Roxanne. Being a fellow Kiwi, she took us under her wing (and vice versa) and we decided that a collective night in town was in order. While we were out, Roxanne decided to be extra cautious with her bag and put it in between her feet, under the table. After a few beers she realised that the bag was missing. In a normal state, this would be an absolute disaster, however in our jolly state (around 1.30am) it was a hilarity that had to be shared between three tourists with a selfie-stick at the police station.

Given the co-operation of the local police, if I have one advice – DO NOT lose anything in Prague. When we reported the situation to the police, they advised that it happens all the time (which I am sure is true), got us to fill out a form and “promised” to get back to us within 3 months. Roxanne was born in UK so managed to get back into London on an emergency passport and is still waiting to hear back from Czech authorities.

One thought on “Romance, Italy, Pork Knuckle and Prague Police”