“Rome – the city of visible history, where the past of a whole hemisphere seems moving in funeral procession with strange ancestral images and trophies gathered from afar.” George Eliot (English novelist 1819-1880).

“Rome is the city of echoes, the city of illusions, and the city of yearning.” Giotto di Bondone (Italian painter and architect. Died 1337). 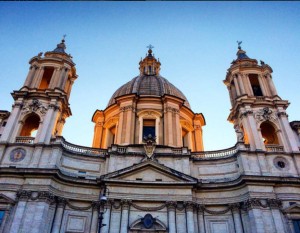 Rome – the eternal city. I don’t think I can say anything further than what’s already been said about this great Empire. We spent about 4 days in this great city but seriously I could go back and spend another week and still keep myself occupied with stuff to do, places to visit and things to eat. So the below mainly is a list of things that we found handy and of interest:

So everyone who knows me personally thinks I have FOMO, get this, we got back on Monday night from Rome and Mrs. FOMOist had a flight to Brisbane on Tuesday where she went for two weeks to attend her cousin’s wedding. To top it off, the day after she got back, we were off to Munich for Oktoberfest (more on that further down). The point is, it’s not just me, we are in this together!

So the two weekends I had on my own in London, I decided to spend one of them watching Oresteia at The Shakespeare’s Globe Theatre. If you are in London, short on cash but interested in theatre, look no further. You can get standing tickets at The Globe for £5 which you can book online or get on the day. In addition to watching Shakespeare (or whatever else you may be interested in), the experience of standing inside The Globe Theatre is unmissable. You really feel like you have time travelled into another era. The second weekend was spent at an Indian fare at Gunnersbury Park with friends, beer and a selection of yummy Indian grub.

The two weeks  were long, lonely and dreadful without the love of my life and it was now time to get back on it with a trip to Oktoberfest in Munich. Despite a general consensus among the masses about Oktoberfest being a tourist trap, Mrs FOMOist and I have been talking about this trip for a while and were super excited. We were initially planning on going on our own, but luckily one of our mates from York decided to join us on the trip which made it even more fun! Even though this trip was solely about Oktoberfest, the city had a lot more to offer:

Parting words – You may have read this in numerous other blogs, but remember, Oktoberfest is actually in September. It starts mid-September and finishes in the beginning of October.